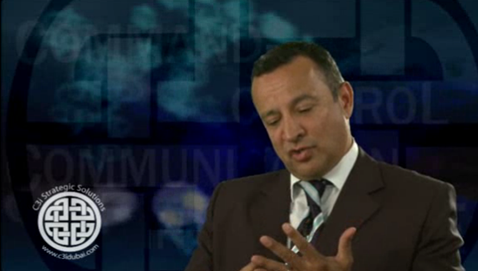 [embedyt]http://youtu.be/Z7_f-AdMvBc[/embedyt]
This is a personal branding video on Chris Kinsville-Heyne – an international media trainer. He has worked for over 15 years as a media trainer with over 20 years in Public Relations, recently working on blue-chip accounts such as Nokia, Wyeth Pharmaceuticals, Saudi Telecom, Cisco Systems and Qatar Telecom.

His media training course has seen him provide one-on-one training to Ayad Allawi, the Prime Minister of Iraq, plus many CEO’s, GM’s, Presidents and management teams from global companies throughout the Middle East region, including; VISA International, Saudi Telecom, Serco, SHUAA Capital, MTC Vodafone, Bayer, Saudi Arabian Drug Stores and American Express. In addition, his training seminars have seen him lecture to more than 40 executives from LG Electronics in Cairo and Dubai.

Chris brings a wealth of experiences from a career in the British military as part of the British army Media Operations, including a six-month tour in the Former Yugoslavia leading a Mobile News Team during the final days of the Civil War.

Adding a further tour in Bosnia to his experience, this time as a NATO spokesman, Chris has worked on building multi-national media teams, ensuring that correct messages are developed, tailored and delivered to a variety of audiences, including recently conducting journalist seminars in the Middle East.

As the Senior Media Trainer for the United Nations Training Advisory Team (UNTAT) in the UK, he was able to provide media training to all personnel heading for Bosnia, Kosovo and East Timor, introducing a level of media awareness that remains an UNTAT standard today.